EA developing a dedicated Wii version of ´The Sims´ 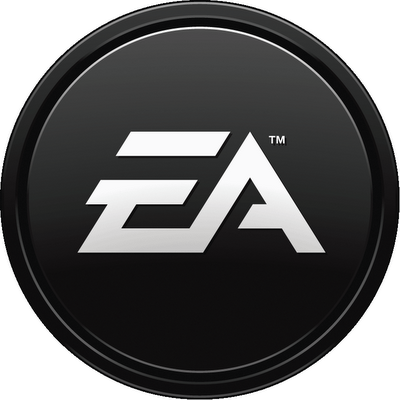 Electronic Arts is developing a dedicated Wii version of their multi-million blockbuster series ´The Sims´. This was confirmed by the company´s chief financial officer Warren Jenson and reported by Gamespot:

The executive (...) confirmed that the Sims franchises will also be coming to two next-generation platforms--the Wii and the PlayStation 3.

"There is a Sims title that is being specifically developed for the Wii platform," said Jenson. "The Sims II holiday edition on PS3" is also coming, said the executive, indicating the game will arrive either in the 2006 or 2007 holiday season.

Posted by Falafelkid at 1:35 am

Sorry for being off topic but I thought this was pretty cool; some pictures of the Wii kiosks.
Link

Also note that there is no second screen on the kiosks as some earlier pictures indicated.

- Zelda 'so good it made us cry'.
- one zelda poster
- one preview disc with over 50 minutes of wii games
- world exclusive review of red steel

its looking good so far! i whish they have nice background music.!
but the backgrounds are perfect!

To be honest I don't like the kiddy Pickachu and Kirby characters in the new Smash Bro game.
Also note that the graphics aren't improved over N-Cube Smash Bro.

3 times a gamecube system power if not more

are you a retard?
The graphics are much better than the cube version.
Have you ever played it?
Pikachu and Kirby are also in the cube version.
Dude go to your one p[ost no comment garbage blog and post your crud there.
We do not want to hear you cry anymore.
You wanna cry call 1800 waa

Game Informer: Welcome to this time of the year.

Perrin Kaplan: Welcome to the most fantastic launch since the N64, plus a whole bunch.

GI: That’s interesting that you said that. Do you really think it is the best launch since the N64?

Kaplan: When we’re still away from the launch and we have people calling here to make sure they can get it, you know, P. Diddy, Uma Thurman, people that just have got to get their hands on it, the momentum is just great. Today alone, Business Week, News Week, The Wallstreet Journal, Yahoo and South Park last night. There’s just so much going on, it’s awesome.


Visually, the game's very attractive but not in a high-end graphics card kind of way. The Link as elf portions of the game are horribly pixalated, despite all of the slick effects. The ground is blurry, leaves have jagged edges, and the rain effects are extremely poor. However, Nintendo still gets high marks for the character designs, and the detail on these characters, the water and fire effects, and the superb animation, not to mention all of the wolf sequences, generally look better than the rest of the game, thanks to the bloom lighting that conceals the jagged edges.

IALS wants some conversation and feedback!

People know who this is!

I JUST KNOW IT!

Funny how IALS talk BS,when he doesn´t know a shit about shaders.

Even funnier is that IALS talks when there is quite obviously nobody to answer ;)

Funnily enough I didn't use the term "shaders" once here.

Anyway, you are still on the money mate granted.

It is highly unlikely that all of those ials posts are made by the same person, so there's little point treating them as such.