If you thought, Sony's boomerang controller for the PS3 was a wild idea, you may be in for a surprise. Two years ago, some early Wii controller prototypes were made public. Now, PS3center has released images of early PS3 console and controller designs, only some of which have been published before.

The ball controller is a fan-made sketch. It is unknown whether the others are meant to be internal concept designs by Sony or whether they are mock-ups. While they all appear more professional than average mock-ups, the site offers no explanation other than the following description.

Here's a short compilation of whacky PlayStation 3 concepts that never made it. 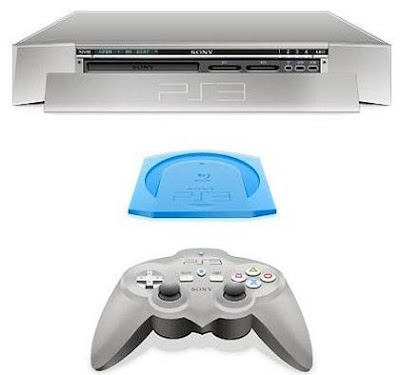 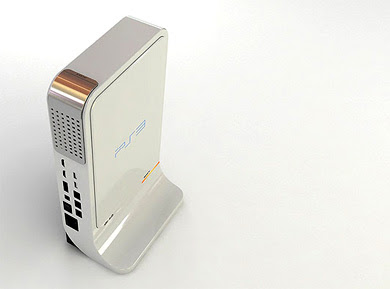 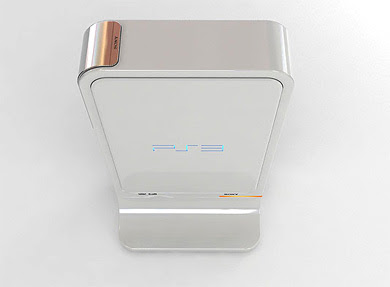 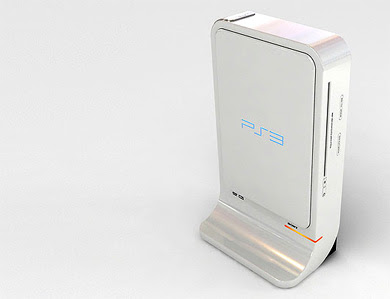 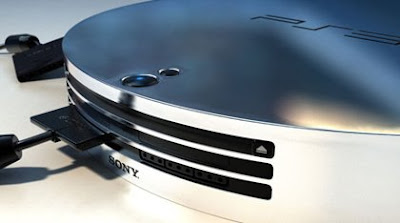 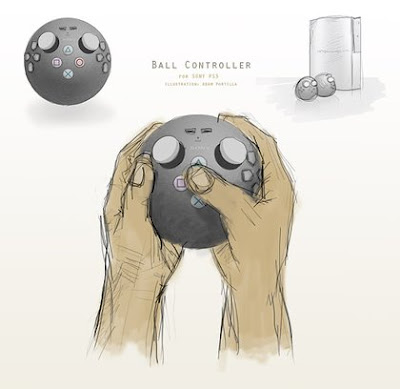 In my mind, the images could very well be authentic. The website publishing them may not be expected to land such a scoop. But there are some good reasons to believe they are real nonetheless.

The Blu-ray disc inside a cartridge shown in the first image fits with the format's professional equivalent Sony uses in XDCAM cameras. As it is a professional broadcast format, only few people are aware of Blu-ray discs housed in cartridges or that Sony planned to bring the consumer version to market in a cartridge as well. Also, all images appear to be photos or high quality renders. And all prototypes bear the same early PS3 logo.

Either way, it should come as no surprise that Sony put a lot of effort into designing its third home console. If authentic, some of the above ideas are very interesting and offer an insight into which way the console may have headed. I very much hope we get some early Xbox360 prototypes soon.

Source: PS3center
Thanks to: N4G

There is a new website tracking videogame sales figures. Chart Get went online in late July and has already more than 150 posts on offer.

The blog is run by the NeoGAF forum regulars PantherLotus and JoshuaJSlone, the latter one introducing the site as follows.

For years I followed the monthly NPD sales data at GAF and participated in the conversations. Probably the farther back you go the more spinning you'll see from me. A pretty big Nintendo fan, I'm probably one of the guys talking about GameCube month-over-month percentage improvement and generally meaningless stuff like that. It was the launch of DS and PSP in Japan that took things to the next level, though. (...)

Panther's focus is on making beautiful static images to display the facts in a large number of ways, while mine is more on a limited but versatile set of tools that can show some quite interesting things if you ask it the right questions with the right parameters. As the guy who set up the tools, I'm in a particularly good position to know what can be asked and how to do so.

Both existing sites, VG Chartz and NexGen Wars, have attracted some criticism for apparently unreliable sources. Chart Get wants to do better, as they claim in their statement of intent.

1. Our data is real: Chart Get! only uses publicly available data produced by professional outside sources by qualified market research firms, like Media-Create, Famitsu, and the NPD unless otherwise specified. We do not pretend to conduct market research only to pass off others' data as our own. All in-house estimations and extrapolations will be clearly marked.

2. All data and charts are cited: Every chart posted on this site will be cited and sourced with the data's origin unless produced by an outside source which will be credited. Chart Get! will never use other's data and pass it off as original.

3. Opinions and Analyses will be labeled as such: While Chart Get! acknowledges that bias is a natural part of the human experience, it is the objectivity of cold, hard numbers that reveals truth. In that spirit the reader will be explicitly warned when entering the territory of analysis and/or opinion.

Whether they are tracking the DS versus PSP sales figures, listing Capcom's top sellers of all time or chalking up the worst selling Wii titles in their first week in Japan, the charts appear to be reliable, are well-presented and extremely informative.

The German student behind the WiiSpray project has just published pictures of a second prototype controller. WiiSpray utilizes a spraycan shell for the Wiimote to turn the console into a digital graffiti tool. 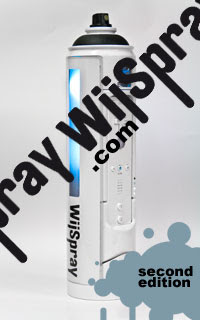 When the first prototype was unveiled, Core77 reported about the project with the likes of SlashGear, Engadget and Joystiq picking up the story.

I have been in contact with the inventor and am hoping to bring you further news about the project soon. As the project is his diploma thesis, he is currently unable to divulge too many details about industry interest in the project. But just imagine what kind of gameplay this controller and application could spawn, if released commercially.