Nintendo´s Wii console has outsold the PlayStation3 by a margin of almost four to one in the four weeks leading up to February 24th.

Of course, the Wii´s current lead is partly due to some key software releases, but Reuters see an underlying trend nevertheless.

The Wii's lead on the PS3 appears to be widening: In January, Nintendo's game console outsold Sony's by almost 3-to-1.

Nintendo's own "Super Smash Bros. Brawl" for the Wii became the best-selling software for the month in Japan, with 1.33 million units sold, followed by the "Wii Fit" home fitness game, which sold 309,311 units in the four weeks, Enterbrain said.

Last month in North America the PS3 almost caught up with Wii sales. Overall figures, though, (as estimated by both NexGen Wars and VGChartz) still clearly suggest the Wii as market leader worldwide with an advantage of three to four million units on the Xbox360 and roughly twice as many consoles as the PS3.

Harrison had been with Sony since 1992 and saw the launch of the original PlayStation, as well as its division, Sony Computer Entertainment. He is the latest in a series of high-profile departures and restructuring measures.

In September, SCEA´s PR director called it quits. And who could forget ´Krazy´ Ken Kutaragi´s departure last April? In September 2006, Sony had reshuffled SCEI management and promoted Kutaragi away from daily business.

Harrison may not have had much reason to leave voluntarily, since PS3 sales are finally picking up. So was he perhaps fired?

Let us not forget that Harrison´s public track record was stained. In December 2006, Harrison said that the PlayStation3 is so powerful that "nobody will ever use 100 percent of its capability."

So Sony Japan may have had some reason to get rid of Harrison. And only days ago, Harrison supplied them with another reason:

I have been banging the drum about social gaming for a long time, with SingStar, EyeToy and Buzz. (...) And our Japanese colleagues said that there is no such thing as social gaming in Japan – people do not play games on the same sofa together in each other's homes. It will never happen. And then out comes the Wii.

Source: SCEI
Thanks to: Joystiq

Games Convention to relocate in 2009 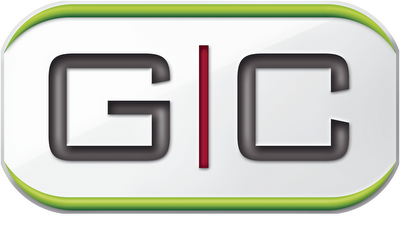 The German ´Games Convention´, Europe´s largest computer and videogame expo, will relocate to Cologne. This August, the event will be held in Leipzig for the last time.

The event will be renamed to ´GAMESCom´, the German industry organization, the Bundesverband Interaktive Unterhaltungssoftware e.V. (BIU), confirmed in a press release today. The most likely reason for the new name is that the Leipzig expo company holds all the rights to the current name and logo.

The decision on the new location of the leading trade fair in the interactive entertainment industry has been made. As of 2009, the new central sector platform GAMESCom will be held at the Cologne exhibition center. This was announced by Olaf Wolters, Executive Director of the Federal Association of Interactive Entertainment Software (BIU), and Oliver P. Kuhrt, Executive Vice President of Koelnmesse GmbH, today at a press conference in Berlin.

“We are hugely looking forward to staging the leading trade fair in the games industry at the Cologne exhibition center in future. It is our objective to establish the sector platform in cooperation with the BIU as a top European event“, explained Kuhrt. GAMESCom will take place for the first time at the Koelnmesse’s exhibition center from September 9 to 13, 2009, and subsequently on an annual basis.

Just to give you some idea of why the fair is to relocate: Like the American equivalent, the ESA, the BIU is composed of all the big industry players. Electronic Arts, still the world´s largest publisher, is likely to have been the driving force behind this change, since EA Germany is based in Cologne.

A contract between the BIU and the Leipzig expo company ends this year. So, as of 2009, the BIU will refuse to cooperate with the Games Convention in Leipzig and, instead, pledge its support to the Cologne-based GAMESCom.

Avid readers of this blog will not be surprised by today´s news. I exclusively revealed that the show was to relocate to either Frankfurt or Cologne last July. In fact, the fair was supposed to relocate already in 2008.

Toshiba faced even more difficulty when the major movie studio, Warner Brothers Entertainment, announced that it planned to use only the Blu-ray format for its movie software.

The company said it will continue to sell HD-DVD products for a while but will stop further development of HD DVD. Meanwhile, it said its DVD factories in Aomori Prefecture, northern Japan, would be closed.

Market observers said that Toshiba could suffer a loss of hundreds of millions of US dollars.

This ends the high definition DVD format war in favour of the competing Blu-ray standard, also incorporated in the PlayStation3. This should finally provide the console with a unique selling point. How soon Blu-ray can replace the standard DVD format remains to be seen, though.

EDIT Microsoft is planning to bring an external Blu-ray drive for their Xbox360 to market as early as May, Australian news site Smarthouse reports.

Insiders at Microsoft in the USA have told SmartHouse that Microsoft has already configured a standalone Blu-ray player that can be connected into an Xbox 360 and that subject to internal marketing and sales approvals the model could be on sale within 3 months.

The Company has also been working on a built in Blu-ray player however insiders are claiming that Microsoft see the HD format battle moving online with consumers offered 1080p movie and content files as a download as opposed to having to buy a HD DVD or Blu-ray disc.

Microsoft has said numerous times that its allegiance to HD-DVD was only contingent upon that format´s commercial success and it may indeed switch sides.

EDIT It is official: Toshiba is killing off its HD-DVD format.

Toshiba will begin to reduce shipments of HD DVD players and recorders to retail channels, aiming for cessation of these businesses by the end of March 2008. Toshiba also plans to end volume production of HD DVD disk drives for such applications as PCs and games in the same timeframe, yet will continue to make efforts to meet customer requirements. The company will continue to assess the position of notebook PCs with integrated HD DVD drives within the overall PC business relative to future market demand.

Source: NHK
Thanks to: Joystiq, Aika'svyse

Factor 5: Wii engine "does everything that the PS3 did and then some"

Julian Eggebrecht, president of Factor 5 (´Turrican´, ´Rogue Squadron´) has commented on the graphics engine they are developing for Wii. Speaking to IGN, he said that "it does everything that the PS3 did and then some."

Eggebrecht appears to be saying that their current Wii project, which had only just been revealed, will look at least as good as the studio´s recent PlayStation3 game ´Lair´ or better. Here is the context:

We want to push the hardware. (...) I mean, on the graphical side, we're going to try and do everything to outdo everything else on the platform, the same as we did for the Star Wars games back on the GameCube. (...)

We're pretty much at a state where we're almost done with the engine. At the same time, we've also been working on content quite a bit because we had enough running very quickly on the platform that we were able to. But the biggest milestone or mark right now is that we're almost done with the engine and it does everything that the PS3 did and then some, quite frankly. So we're pretty happy with that.

It's not just what a lot of people were expecting. 'Oh, we're going to cash in on what we had from Rebel Strike.' Which we actually also did. That was a fun experience just to bring that game over and play it on Wii. Nevertheless, we said, well, weighing the pros and cons, why don't we do something completely new based on all the experience we had back then? So, that's almost done.

While it is a given that Factor 5 will indeed push the Wii´s graphics, possibly even beyond ´Metroid Prime 3´ and ´Super Mario Galaxy´, I can only assume that Eggebrecht was misquoted.

Comparing any graphics engine running on Wii hardware to their own ´Lair´ engine on PS3 seems nonsensical. Eggebrecht once praised the ´Lair´ engine´s advantages over ´Unreal 3´ technology. While the latter engine is being ported to Wii, it is certain to deliver less visual quality than on the PS3, due to the Wii´s relative hardware limitations.

I am trying to get some clarification directly from Factor 5. Unfortunately, I am at the GSMA Mobile World Congress in Barcelona and my PDA phone has been stolen on Sunday, so please be patient.

I mean not that you would meet a 20 million dollar budget like on the PS3, but if you want to get really, really advanced graphics out of the Wii, then you have to spend probably more money than basically going for the cheap solution, so that might be an inherent problem, so it might actually not be the laziness of certain developers, but it might be the... inability or the non existent willingness of the publishers to actually give them in a budget to do better graphics. (...)

The one thing which makes it probably harder for developers who are coming from the traditional direction is that the shader system inside the hardware works quite differently, you have something more right about that than the traditional AGI and the video pipelines. Because the thinking back when the basic graphics hardware structure was developed was to get very, very efficient, that hotwired a lot of things. But there're many possibilities in terms of how to use that hotwiring and actually rewire it, if you're clever about it. If you connect you can get a lot of shader effects which would've been on the 360 or the PS3. (...)

Aside from the shaders, our main limitation which we always found on the GameCube was the memory: the memory was a struggle the whole time; it was a very hard struggle. That was actually our biggest struggle. When we got the Wii specifications we were excited because we said "wow, this is actually the amount of memory which we needed"

Eggebrecht goes on to say that they would probably approach a Wii engine in a way that would allow for the technology to be licensed to other studios. The ´Rogue Squadron´ engine was simply not built that way.

Source: IGN
Thanks to: IALS, CaVaYeRo

´Kingdom Hearts III´ will be exclusive to Wii, according to N4G forum user Astro, who is citing the March issue of Nintendo Power. In his post, he sums up the alleged article:

There are no scans of the article and there are no other reports concerning the particular magazine issue. For the moment, the story is as credible as the original poster. Although he joined in November, he has started only two threads on N4G, the first one being about ´God of War´ for PlayStation3.

His recent comments betray him as both a spammer and blatant anti-Sony fanboy, though. This greatly damages his credibility, for sure.

Since October, Nintendo Power is published by Future US, who I am currently trying to contact. Rest assured that I will update the story within the next few hours.

EDIT I was just able to reach the publisher´s New York office, where the advertising people are based. They did refer me back to the editorial staff in San Francisco - who are not yet in the office - but the colleague could not find any such story flicking through the March issue.

It seems very likely that this story is bogus. I will update again once I have final confirmation from the editorial staff.

EDIT The publisher´s editorial director just sent me a couple of mails clearly stating that the March issue makes no mention of ´Kingdom Hearts III´ whatsoever. The story is completely bogus, I am afraid.