3DS - too expensive and too late? 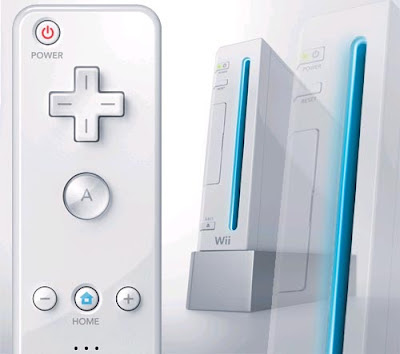 According to information for investors, the standard bundle will include a recharging cradle (possibly using induction), six AR cards (which will enable gameplay familiar from the PlayStation3 game ´Eye of Judgment´) and a telescopic stylus.

Here are the two video clips shown at the presentation event in Japan.

The movies will soon be available for download here.

Having had extensive hands-on time with the device twice already, I can mirror the almost exclusively positive feedback by other journalists. Especially the hardware has been upped significantly. According to IGN, developers believe that the device can easily hold its own against current home consoles.


Numerous developers working on software for the platform have likened its graphical capabilities to current-generation consoles like the Xbox 360 and PlayStation 3, albeit on smaller, lower-resolution screens.

However, there had been rumours that the 3DS would launch this year. And I myself have been expecting a $200 price tag, which is now out of the question. The 3DS may come too late and at too high a price to meet Nintendo's own high expectations. It will still be tremendously successful, for sure. But I believe that a lot will depend on the non-game offering, particularly a movie download platform would help the 3DS greatly.

On a separate note, some more rumours about a Wii sucessor have surfaced. We already know that the Wii 2 will be 3D compatible. Now, Spanish gaming site 3DJuegos (Spanish) is quoting ´Metroid´ co-creator Yoshio Sakamoto as follows:


At Nintendo we always have the obligation to surprise users with a new console. We have never done what others do. We prefer to create something new that catches people's attention, and I think this will continue at this time. Surely the new Nintendo machine will leave you all with your mouth open.

Lastly, I just wanted to throw one late gamescom impression out there. I have seen a demo of ´Bioshock Infinite´ and this game is going to be huge, believe me.

EDIT It seems that I am not the only one surprised by the 3DS price tag for the Japanese market. Only the German edition of Gamesindustry.biz called the price of "only €220" "quite affordable". At least we know why Nintendo is tearing down the pain barrier in handheld pricing. Bloomberg (via Andriasang, thanks to Joystiq) is reporting that we, the game journalists, are to blame. It was our unanimously positive response that justified the price tag for Nintendo president Satoru Iwata. As collective jaws dropped, the price tag rose.

EDIT At least the 3DS software will come at only a moderate premium, as Andriasang cites Nintendo president Satoru Iwata.

EDIT In a Q&A session published on the Japanese Nintendo website, president Iwata explains the timing and pricing of the 3DS.

If we launched it this calendar year, it would be difficult to produce a sufficient amount. Also, in terms of the completion level of the product, we believe that it will reach the most satisfactory level by our standards if we will launch it on the date we just announced. (...)

[Regarding the] concern that it is more expensive than Wii. Portable video game machines integrate both a gaming device and a screen. You do not need any other hardware devices to be connected in order for you to play with it. We do not think, "the price relationship between portable devices and home consoles must stay intact simply because it used to be that way."

While it is always better for the price to be as accessible as possible, in terms of its cost, and in order to make a healthy and sustainable business for both the hardware and the software, and given the positive reactions since E3, which give us the indication on how the public are likely to appreciate the value of Nintendo 3DS if they can have hands-on experiences and, above all, by taking other factors into careful consideration, we have concluded that we should propose this price point to our consumers.

The fact that Nintendo addresses these rather negative issues in such an open way clearly shows that I was right to pick up on it. Also, I believe that we can now assume that the 3DS will be more expensive than the Wii in all territories. Iwata specifically says that a handheld can cost more than a home console, so I now expect price points of $249 and €249 in North America and Europe, respectively.