The sequel to the Sega Saturn classic ´NiGHTS into Dreams´ is being developed for Wii, the British Official Nintendo magazine seems to claim.

The current issue is promising to blow the lid off a new Wii title in its next issue. The teaser page reads "World Exclusive! Step back in time as a classic game makes a long overdue return." and shows the following images (the scans come courtesy of GoNintendo). 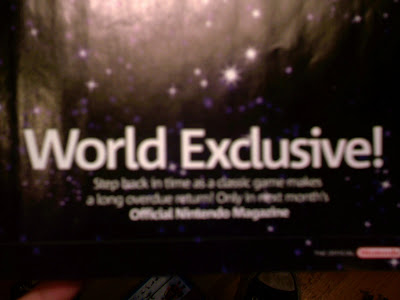 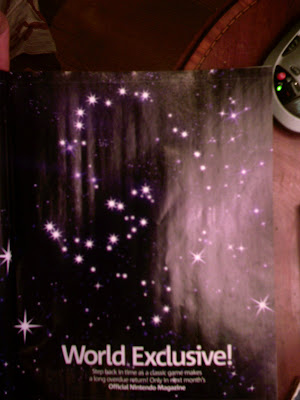 The stars in the picture above seem to suggest an outline. And the top would fit the game´s main character - ´NiGHTS´ wears a jester´s hat. Here is a still taken from the game´s ending. 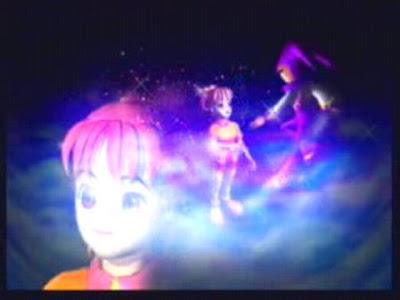 And here is an image of the character superimposed onto the starry outline in the magazine´s teaser, courtesy of the NeoGAF forums (thanks to Vasuba and TSE). 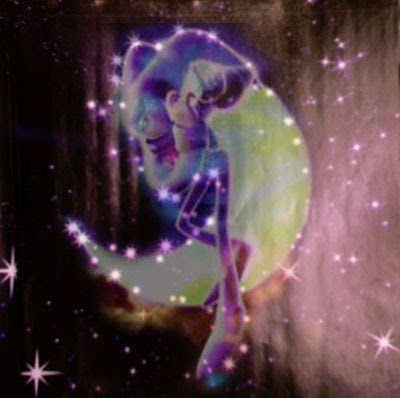 Also, NGamer magazine is promising a big Wii exclusive. Here is their teaser (again via GoNintendo). 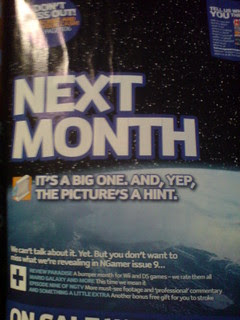 Both magazines belong to the same British publisher. It is likely that they will both reveal that a ´NiGHTS into Dreams´ sequel is in development for Wii.

EDIT A Sega or Nintendo representative who wishes to remain anonymous has confirmed this story to UK gaming site SPOnG (thanks to Cubed3 and ExtremeGamer3).

EDIT The story has been confirmed by way of an article in a Portuguese gaming magazine called ´Maxi Consolas´, including detailed screenshots.

Posted by Falafelkid at 5:22 pm

though I think it's unlikely, there have been rumors of Sega Saturn on VC and it might just be an announcement of that, with nights being the saturn's debut VC game. Maybe? Or an April Fool's joke.
-jffff

Endor has not as much water as this planet. It's probably just Earth.
It would really suck if it was "just" SMG.

I smell april fools somehow, and if it isnt i smell a breath of fresh air in the gaming community

I am particularly excited about this recent rumor. I loved the original, and have secretly been hoping for a Wii sequel or a VC release (Same goes for Clockwork Knight and Burning Rangers! :) ).

However, I have a sneaking suspicion that if this rumor is true, then a lot of people are going to go into the game with unrealistic expectations (it is a hugely hyped game among the fan community). That alone will bring a lot of disappointment to the new gamers that have heard of the "mind-blowing masterpiece" that is NiGHTS into Dreams.

I made a post on my blog about this. If this is an AF joke, ONM will lose tons of subscriptions.

But Little Big Planet PS3 only?

I agree with arbiter, if this is another April Fools thing, I'm no longer going to listen to anything they write (hey, that could be a be-lated AF joke just in case you missed the first). OMN had better get it right!

You will get a beautiful cloth which in the game if we want to need the beautiful cloth, we can use our own Scions Of Fate gold to buy. The one I owned on my character is one of my friends sent to me the necessary SOF gold. Sometimes we can share the trophy as the necessary Scions Of Fate money together, and we do quest together. I do not have enough confidence and cheap SOF gold about my weak memory. First I have to buy sof gold to improve my pet which I have a lovely leopard in this game.

After becoming one of the most popular Nike mercurial vapor on the professional field, new Nike mercurial vapor fg are now one of the most anticipated boot releases here on our Nike vapor soccer shoes online store! Once again, Nike have delivered with another new CTR that is sure to go down well. The Nike Football Cleats have earned an honourable reputation for delivering optimum comfort. Packed with all the original Maestri II technologies, Best Soccer Cleats that their boot lets you switch from the last line of defence to the first point of attack in a matter of seconds. The dampening pods remain the stand out feature on the Nike mercurial superfly and are a key asset in achieving the theory of cushioning the ball and applying more boot surface area. The Nike mercurial vapor has achieved numerous impressive performance reviews and with this exquisite new color-way these distinguished control Nike football boots are sure to go from strength to strength. And as Fabregas plays now in Barcelona, we have reasons to believe that CTR360 will do even better.

The writer is totally right, and there is no skepticism.