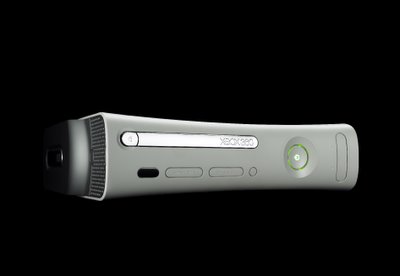 A rumour was posted over at WorthPlaying that, if true, would turn out to be the industry coup of the year.

Word has reached us through the grapevine by means of an inside source at Rockstar Vancouver, that "the buzz" in the hallways is that Microsoft might have put in a bid or expressed interest in purchasing the ailing publisher/developer. While this is a mere rumor, albeit from a reliable source, it is to be taken with a grain of salt. Just imagine the ramifications....

This comes in the wake of concrete evidence that the company´s Board of Directors is considering a sale. A press release, explaining why the company´s annual meeting had been pushed back six days had noted that the Board wanted to "evaluate alternative courses of actions that could potentially be presented to the shareholders, including a possible sale of the Company."

Allow me to spell the ramifications out for you. Such a buyout would lead to Microsoft adding Rockstar to their First Party list and the ´Grand Theft Auto´ series becoming Xbox360 exclusive... forever.

Undoubtedly, Microsoft would want to buy them. But can they afford to? The entire Xbox venture has cost them billions with little in return. And the last studio acquisitions were not exactly good investments for the company, I should add.

Buying Rare was, in hindsight, a mistake. The studio cost Microsoft almost half a billion US dollars, graced the console with a number of overhyped titles (two of which had been ported twice in their development cycle, to be fair to Rare) and the buyout started a huge exodus of employees which recently culminated in the company´s founders leaving.

I would have thought that Microsoft had learned that throwing money around is not everything in this industry. But I could be wrong.

Posted by Falafelkid at 1:37 am

Thing is, MS has the money to burn. I wonder if they figure it'd be worth it to give Sony another kick in the gut...

Nah this ain't going to happen. Take Two is too big of a company for MS to buyout for one. I mean it would hurt them too much even for MS.

Secondly I just dont' think Take Two really would sell. I mean all these things can be distorted. And remember like all fans of systems they start silly rumors when something goes there way. Remember the whole bullshit about MS buying Capcom after their games sold well on the 360. I take this as pure rumor for now although I do give it a small benefit of the doubt.

Anyone feel free to post any laughable posts from angry PS fans (according Fal is ok with it) as I dont have time to go looking.

All I can say is that it was bound to happen. Sony is too arrogant and bank on too much for their system which really didnt need to be what it was to guarantee a next gen domination.

Imagine it goes the other way and Sony buys them. It could actually spell the end for the GTA series itself.

Or better yet Nintendo with there accumulated fortunes could buy them and then bury the franchise in a desert alongside those ET catridges :)

Throwing Money around pointless is not going to help Microsoft. But if you are able to take big games away from competitors then that is important.

When Microsoft bought Rare it gave them an appearance of legitimization in the industry. They now had major console talent on their side.

If Microsoft was to buy Take-Two it would mean Microsoft would become the winner of the American market, period.

There are just very few exclusives for Sony that would get the American market excited. Devil May Cry 4 and Metal Gear Solid 4 may both be coming to Xbox 360 as well, afterall.

Microsoft is truly trying to take Sony completely out of the market. Just look at how Microsoft continues to support Nintendo in makes no move against Nintendo's new market, while at the same time taking actions to crush Sony.

Even if it costs another 1/2 Billion dollars if Microsoft can knock a fatal blow to Sony this generation it may mean that next generation is a two man race...and I am sure Microsoft feels it can always beat Nintendo.

So far the only company that showed interest in buying Take-2 was News Corp (the company that paid $580 million for MySpace). They have openly been perusing entrance in to the video game market. So since News Corp has been aggressively attempting to acquire a major publisher and it looks like the y will get their chance.

Buying Take-Two and making GTA Xbox exclusive is a lot more than just "throwing money around." Having GTA on your console nets you every single wannabe gangster 10-19 year old in America.

steven- personally in the end MS buyout of Rare was a loss not a gain. I mean MS bought Rare for a lot of money to get ripped off. I mean all the original guys that made Rare what it was is gone. I mean most noteably is Martin Hollis who is making amazing things over with Zoonami.

Buying Rare was a bad move on MS's part and in the end was probably a gain on Nintendo's part. I mean Rare now just has a lot of used to be big series that will soon be ruined as they did with Perfect Dark and as they will soon do with Banjo Kazooie. The only thing Rare is really useful to MS right now is to take all of it's classics that were on the N64 ect and put them on Live Arcade.

You guys have to understand that big companies like Microsoft are under a social microscope, if they were to own the rights to GTA, there would never be another GTA game again because they have to keep appearences of being a respectful company. Stock holders would leave, and more parents will sue(because microsoft has more money than take two.) Think of anything popular that has been bought out by big corperations. Napster,Vivendi, I'm sure google is about to wreck youtube also.

A lot of people seem to be missing the biggest point: The company that buys Take Two also buys the burdens. In this case, it would be the media condemnation and damnation by the hardcore Christian crowd, as well as quite a few minorities. ("KILL ALL THE HAITIANS" anyone? ;) ). I'm sure that MS doesn't want [potentially] to endanger its income from the company's lucrative OS and office suite lines just because they bought T2 and inherited a bit of its bad reputation through proxy.

Sorry to just post here all randomly and such, but I didn't notice an email link. Just curious as to whether or not you've seen this shirt? It's easily the best Nintendo shirt I've ever seen, although they have a few more good ones, too.

those are some interesting points. while i'm sure microsoft would love to buy taketwo from a videogame market standpoint, they just have too many other interests to look out for to actually do it. lets see if a smaller unexpected company buys them, and microsoft throws cash at the new company to get the exclusive, like a second-party developer...

It doesn't matter whether or not Microsoft realizes that money isn't everything... money IS all they have.

They're lacking the things that really matter: Talent, passion, and craftsmanship. They may have the money cheat turned on, but if that's all you've got, you've got nothing.

Such was the case when second life linden labs decided to pull the plug on several banks in the game. Some of these banks offered the system to buy lindens what real life banks would an interest rate. Some people get their secondlife money out of the banks says that Second Life depositors may have US$ 750,000 in real life money. The new rules state that only banks with proof of an applicable government registration statement or financial institution character will be able to operate with cheap linden in the game. Second Life has proven to be a popular place for companies to set up virtual shop where many players can exchange their favorite something with all kinds of linden dollars.