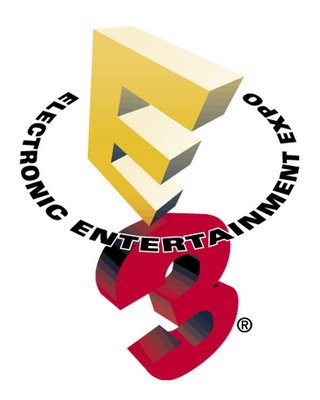 There is shocking, shocking news on Next Gen. They claim to have heard reliable rumours that E3, the Electronic Entertainment Expo, organized by the Entertainment Software Association, is rumoured to be cancelled for good. Here´s their story:

Publishers believe the multi-million dollar budgets would be better spent on more company-focused events that bring attention to their own product lines rather than the industry as a whole.

Well placed sources say the news that larger exhibitors were pulling out had prompted urgent meetings among publishing executives. They decided that, without the support of the larger software publishers and hardware manufacturers, there would be no point in continuing.

ESA president Doug Lowenstein will likely announce the news some time within the next 48 hours, possibly on Monday. It's likely that the ESA will seek to limit the damage by organizing some form of lesser event in May, but it's clear that the days of an industry event attended by all the major publishers, spending big money, are gone.

I don´t believe it.

Allow me to elaborate. It is claimed that the event costs too much. While I know it´s a very expensive event for everyone involved, the ESA, though, should be profiting from it. So when exhibitors were complaining about the costs and threatened the ESA with non-attendance, they could have reacted. At this point, the ESA should have been able to reduce booth rental fees or other costs. This would have cut into the ESA´s budget, but I cannot see how this disadvantage would not have been outweighed by the advantage of keeping the show alive.

Also, it´s the world´s most important show in this industry and it provided publishers with a unique opportunity to present their products to the world. And big media attendance was rising. Every year I noticed more Betacam camera teams at the pre-E3 conferences and the show itself. That should have been worth quite a bit, from a publisher´s perspective.

So I won´t believe this until Doug Lowenstein, head of the ESA, confirms this.

EDIT On the other hand - and just to make this as clear for you as possible - the rumours originate from one of the most reliable sources in the business. The website is run by Future plc, the publishers of EDGE magazine and others. It does make sense to believe this rumour. I simply cannot get my head around it.

EDIT I have just checked the Los Angeles Convention Center´s event calendar and E3 2007 is not listed there. The E3 homepage lists ´May 16-18, 2007´ as the next date and the convention center as the location but the fact that it´s not confirmed on the LACC site shows that nothing has been finalized.

EDIT Now the tidal wave has somewhat died down and we are awaiting the ESA´s official word, I have come to accept that E3 will not be E3 anymore. However, a lot of people are quoting Ars Technica´s take on the story to be a kind of rebuttal of Next-Gen´s claims. Here´s what they write:

E3 has not been cancelled. Next-Gen had hoped that they would blow the lid off of a hot story by revealing that the show had been cancelled, but some quick fact checking shows that they are simply incorrect.

Now, while they make it sound as if they got the story right (whereas Next-Gen apparently got it wrong), they go on to state exactly the same facts as them:

Sources close to the Entertainment Software Association (ESA) tell Ars Technica that the show can and will go on, but that big changes are planned. (...) Sources say that two major factors have led to the decision to transition the show to a more "closed-door" event.

See? The facts are the same. Only Next-Gen interpretes this as ´E3 is finished´, whereas Ars Technica prefers ´E3 as we know it is finished´. The upshot is the same. Even the differences in interpretation are marginal. Ars Technica should really stop pretending they know better. They are simply instrumentalizing this story to elevate themselves into journalistic heaven. And needlessly bashing a reliable news outlet in the process.

EDIT Yet another edit. I just wanted to credit the insiders who broke the story. Incidentally, it was no US site but England-based MCV UK. They reported already on Friday:

Despite the Los Angeles event's undoubted importance and pulling power, some leading companies - and particularly Electronic Arts - have called for a review of the event in terms of budgets required. (...)

MCV understands that a meeting has been held between ESA president Doug Lowenstein (...) and major exhibitors in the US to discuss next year.

"Costs have been getting out of hand. We're talking double digit millions for some of us," said one senior industry insider. "But that's not just floorspace, of course - it's build, parties, hotels, flights. Security, particularly, has become a massive cost."

EDIT I love this. Now Next Gen have updated their article and are responding to Ars Technica and upping the tension.

Some gullible journalists, evidently blinded by a desire to do-down a rival scoop, have taken this as evidence that E3 is alive and well and merely being 'downsized'. But this euphemism doesn't change the facts. The decision by big manufacturers and publishers to walk away has left ESA in damage-control mode. As we reported yesterday, E3, in its present form, is dead.

This is turning into a slagging match. Allow me to spell this out: Both news sites are saying the same thing. This is a phantom discussion.

Sources: Next Gen, Ars Technica
Thanks to: Joystiq, SG007

Posted by Falafelkid at 8:58 pm

As long as it brings us one step closer to Spaceworld 2007, I'm all for it.

This would definitaly shift up the Games Convention. But it would be a shame, if they would cancel the E3 shows. It wouldn't be the same anymore, without huge showfloors, booth-babes, and so on...

This would shift up every other event - and their dogs! GC, TGS, GDC... maybe even events like the Austin Game Conference and PAX. Who knows what will happen? The E3 would leave a vacuum the size of ... well, the size of this industry, to be precise.

Falafelkid, is the "SG007" under your thanks part Serious Gamer 007? Did you pick up the story from him? Care to comment on this?

Well, a guy with that nick (probably that old spammer we still remember from not too long ago) posted the story on the NSider forums first, at least as far as I´m concerned.

The same guy posted a preposterous story about why Wii will lose. So it´s probably him alright.

But I always credit the first source that gets me onto a story. Regardless of who it is (though it is ironic, I must admit).

I for stopping E3 next year because too many people who know nothing about videogames were at the last edition. interviews and too much showbizness last may. it is time to e3 to belong to gamers.
I watched several videos and this conference became the place where too much girls and pimp were there just to promote themselves!!
Stop all this Bizness please!!

I completely agree with you. There is no way E3 would die out at its peak. And when I checked the E3 website around this time last year there wasn't a whole lot of info about this year's expo. They'll update it when E3 07 is closer.

If true, this is the end of an era. There is no doubt that recently E3 has become bloated and even broken to an extent. But I would argue that the industry has much more to lose by simply cutting the event altogether.

First, I believe this is a huge win for the big name developers (like EA and Square-Enix) and a low blow for everyone else. Smaller devs and indies simply cannot stage their own conferences and expect coverage from mainstream press. It also makes it much easier for the big devs to spew out PR BS at their own shows without presenting any actual content (and it will make it harder for journalists to call them on it too). Not to mention the added travel costs for smaller media to cover a number of different shows.

E3 gave meaning and structure to the gaming industry as well. It really forged the identity of the industry (as it is today), giving a physical presence to its otherwise transient form. E3 was the one constant that gamers, journalists, and developers alike could count on. It served to set the calendar and rhythm of the industry. In that respect, E3 was a lot like New Year's, allowing the industry to reset its clock and at the same time set the tone for the coming year.

It's not all bad though. There are potential benefits for the industry. Perhaps this is a sign that the industry is maturing, now that its stopped throwing one huge party in LA every year. Still, I can't help but be saddened by this decision.