Sony profits down 94 percent, Nintendo profits up and away 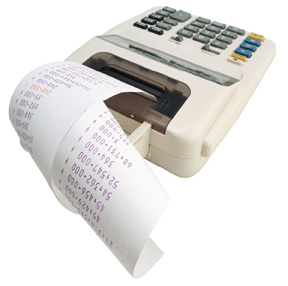 Exactly a week after Sony Corp. cut their profit forecast for the current fiscal year by 62 percent, the company announced today that profits for the quarter from July until September took a staggering plunge of 94 percent.

The main reasons are bigger losses within Sony Computer Entertainment (mainly due to a reduced price for the 20 GB version of the PlayStation3 in Japan), the console´s delay in Europe (in turn due to manufacturing difficulties) and the recall of faulty laptop batteries, as Associated Press reports (highlights added):

The battery recall has shaken consumer confidence in Sony's technological competitiveness and cast a shadow over its brand image as a top class manufacturer, which has in the past enabled it to charge a premium for its products.

Sony said last week that losses at its game unit will likely balloon to 200 billion yen in the year to next March 31 because of sluggish sales of PlayStation Portable handheld players and a price cut for a model of the PlayStation 3 game console in Japan. (...) The stock lost 5 percent in the July-September quarter, while the sub-index rose 3 percent.

After seemingly bottoming out at the beginning of the month, shares in Sony Corp. (as traded in Frankfurt over the last six months) continue their downward trend.


Also today, Nintendo reported that its profits more than tripled in the first half of the fiscal year. The company is continuing to expect a 60 percent growth in profits, as Reuters reports (highlights added):

The Kyoto-based game maker earlier this month revised up its earnings forecasts for both the April-September first half and full year to March 2007. It also raised its DS sales forecast for the year to March by 3 million units to 20 million.

Nintendo now hopes it can repeat the success of the DS with its new game console, the Wii, which like the DS has been developed to appeal to non-gamers with simple yet innovative games rather than please hard-core gamers with sophisticated graphics. (...) The stock gained 38 percent in the six months to September, while the Nikkei fell 5.5 percent.

While the meteoric rise of Nintendo shares (as traded in Frankfurt over the last six months) seemed to have temporarily halted at the beginning of October (just when Sony shares were up), the 200-day average (red graph) shows an unusually solid upward trend.

Comparing those two graphs, it is important to point out that they are not the mirror image of one another. While Sony shares have a large and often irratic fluctuation, Nintendo stock has avoided any major upsets. Its 200-day average is almost a straight line going up.

Undoubtedly, Nintendo has the confidence of the business community - and justifiably so. Taking home consoles and handhelds together, the company is the undisputed market leader. And even when isolating the home console market, Nintendo, albeit a close third in a race of three, is the only company that will be raking in profits from day one of selling its next-generation console.

Sony, on the other hand, really has had extremely bad luck with its PlayStation3. Grave management errors and surprisingly bad PR added to that. And as far as profits are concerned, the company may reap the rewards of the significant investments into the console no earlier than 2008, if at all.

Of course, gamers do not care about company shares and profits. Share value is an important factor (remember that the overheating issue cost Sony around a billion Dollars in value). This, in turn, is able to influence aspects like marketing and even hardware production.

But what matters far more to the success of a console are games. And the commitment of third party partners, as well as the resources for Sony´s own studios, are unlikely to be influenced by even such a significant loss in share value. The reason is that the production process of games, like that of movies, is measured in years rather than months.

Consequences with a lag

While a publisher like Electronic Arts may be tempted to change its next-generation console priorities in the face of such news (and they undoubtedly are, I believe), such a change in strategy would only become visible to consumers and analysts alike in a year´s time, at the earliest.

And this, ultimately, is why I am so keen on keeping an eye on the stock market. Because while the console´s launch may be largely unaffected by Sony Corp.´s stock market woes, the subsequent reactions by its partners will materialize in late 2007 or early 2008. Only then will we learn just how the big players like EA or Ubisoft reacted to today´s news.

Posted by Falafelkid at 9:17 am

As a little reward for ploughing through my market analysis, here´s some comic relief, by AP and courtesy of the Washington Post:

It was announced that the first 500,000 PS3 buyers will get a free Blu-ray DVD of "Talladega Nights" - reason enough to consider buying the Nintendo Wii instead.

Thanks to Codename Revolution.

(It´s only in german)

The next issue of the EDGE-magazine
contains infos about Zelda. They´ve
played the beginning of the final
version! Expect more infos to come!

He let's me feel what a sad lil pickle I am by confronting myself with it and letting it affect me.

Falafelkid is one smart n....

Grow up IALS. You are just making an ass out of yourself. Do you have ADD or something?

...sounds or "feels" like both Microsoft and Nintendo have got a nice (cheap) deal with IBM's co produced Cell processor technology with Sony.

I mean could this be some way out, at least just a bit, for Sony to recap its money? What do you say Fala?


He wants to catch me riiidin' dirty


Want to catch me ridin dirty

Want to catch me ridin dirty

My jive talks so loud

He wants to catch me ridin' dirty


Wants to catch me ridin dirty


Wants to catch me ridin dirty

Every e-mail will be appreciated and thorougly treated and awnsered by the INFAMOUS ANONYMOUS LIGHT SHEDDER !


Feel free to give him feedback at:

Also be sure to check out IALS' new IGN Topic called "Sony is Sexy"
on the Wii general messageboards.

Seems like its gonna be a great day today, to get some fresh air...

Enjoy every second of your life while it lasts.

Fal... can you please band IALS? He's single-handedly ruining the quality of this blog.

But, in order to keep this on topic: Your entry was eye-opening. Sony is in big trouble and the consequences may not be seen or felt for one or two years. I'm almost in disbelief at how far the mighty Sony has fallen this generation,

Cmon dude. You're making a fool of yourself and accomplishing nothing.

Having seen new Jeuxfrance videos of Call of Duty 3 and Zelda Wii, its safe to say that Wii is a lil' beast.

Seriously people,
After witnessing the Jeuxfrance Zelda footage, I wouldn't bother if Wii was merely a Gamecube coupled with a new controller.


..Ha, and I thought RE4 was the limit.
The way everything is illuminated by lightning alone speeks for itself.

Also note that Zelda is a huge, huge game and therefore being able to maintain graphics of such quality throughout the whole epic adventure is nothing short of breathtaking.

I mean just consider how much of a compromise Rockstar had to make in reference to the graphics in order to be able to deliver a game of such scope.

I certainly appreciate the Zelda visuals even more taking that into account.

Again , that's Gamecube people.
This really seems to give RE4 a run for it 's money.
Zelda is quite buttery indeed.

Thus, being concerned with Wii graphics is simply pointless and dispensable(consequently).

This post's comments are impossible to read with that huge expanse of spam. Could the offending posts be removed?

- He says he’s not worried that people can download the old (Virtual Console) games on the PC. He says it’s important to be able to play them on your TV screen and doesn’t think playing a NES game on the PC is something you’ll really love. “Of course, you can play them on your PSP via emulation too! [laughs] Actually most PSP owners I know are using them for Nes and SNES games”

WHETHER ITS RE OR ANOTHER CAPCOM FRANCHISE THE IMPROVED RE4 ENGINE ON Wii WILL BOMB GOW AND CRYSIS ONCE AND FOR ALL!


ITS NO MYSTERY THAT RE4 ENGINE WORKED WONDERS ON GAMECUBE!


THAT WON'T CHANGE ALL OF A SUDDEN!


THEY WILL BOMB THE CELL AND 360 GRUNT BIG TIME!


ITS MATTER OF FACT ANYWAY!!!


BE CLEVER! THINK ! USE YOUR BRAIN! SHIFT LANES DULA! Wii IS 3 TIMES GAMECUBE!

THAT IS ENOUGH POWER TO SHOOT YOUR ASS TO THE MOON MATE!

YOU AINT PULLIN A FAST ONE ON ME WITH YOUR 360 PLASTIC SHADERS THAT MAKE EVERYTHING LOOK UNBALANCED AND OVERCLEAN!

I DONT WANT YOUR PLASTIC WORLD!


I WANT THE ROBUST VIVID NATURAL IMPROVED RE4 ENGINE BLEND ON Wii DULA!


GET YOUR ACT TOGETHER!

NO WAY AROUND IT!

CAPCOM WILL IMPROVE RE4 ENGINE TO HELL AND BACK FOR 3YEARS IN THEIR LABOR OFFICE ISSOLATION WITH THEIR INSANE JAPANESE WORKAHOLIC ROBOTIC HARDCORE NERD TALENT UNTIL THEY REACH BANNANAS WHICH IS MAGIC LIMIT TIMES 2 MATE!